This artist’s impression of the surface of the planet Proxima b orbiting Proxima Centauri, the closest star to the Solar System. Image credit: ESO/M. Kornmesser.

The Search for Life

For as long as people have walked the Earth, they have gazed up at the night sky in wonder. In the four centuries since Galileo first turned his telescope to the night sky, astronomers have pushed back the frontiers of human knowledge through the exploration of planets, distant galaxies, black holes and the discoveries of exotic dark matter and dark energy. With GMT’s capabilities, we now face the very real prospect of finding clear evidence of life elsewhere in the galaxy during our lifetimes.

The study of exoplanets is one of the core goals for astronomers that will use the Giant Magellan Telescope. Over the past twenty years, the field of study of exoplanets has exploded with astronomers discovering thousands of planets orbiting other stars. Their sheer number and amazing diversity—from hot Jupiters to water worlds to diamond planets—give us a completely new perspective on our place in the universe. Rocky planets that orbit their stars at just the right distance would be temperate enough to allow for the presence of seas of liquid water. Our nearest neighboring star, Proxima Centauri, hosts one such planet.

With its adaptive optics system and a coronagraph, the GMT will allow astronomers to take images of planets within the habitable zone of stars close to our own solar system. Additionally, the GMT’s sensitivity, resolution, and spectroscopic capabilities will enable astronomers to understand the origins of the wide range of planetary systems we see in the galaxy around us. We will be able to measure the physical properties of these planets to learn if they contain signatures of life and to compare our solar system to its neighbors.

Biomarkers are chemicals whose existence in our own atmosphere reveals the presence of life on Earth. Established biomarkers are water (H2O), carbon dioxide (CO2), methane (CH4), and ozone (O3). Molecular oxygen (O2) was identified as a biomarker in Earth’s atmosphere by Carl Sagan in 1993. The appearance of O2 in our planet has been directly linked to the onset of oxygenic photosynthesis by cyanobacteria, and therefore to the profusion of life a billion years ago. Exoplanet atmospheres may contain some or all of these biomarkers.

Precision spectroscopy that can examine an exoplanet’s atmosphere as it transits its host star will enable astronomers to examine the chemical compositions of diverse worlds and to search for the biosignatures that are the telltales of life. The GMT and its instruments will allow observations at different wavelengths to provide insight into the nature of the exoplanet, whether it has features such as a rocky surface, reflective oceans, or a high cloud layer. This information will determine whether an exoplanet is truly Earth-like.

Astronomers are confident that Earth-sized planets with Earth-like temperatures are common throughout the galaxy, but they have not yet been able to learn if any have Earth or Venus-like atmospheres or no atmospheres at all. If past exoplanet studies are any guide, we should expect to be surprised by the variety of atmospheres we discover. 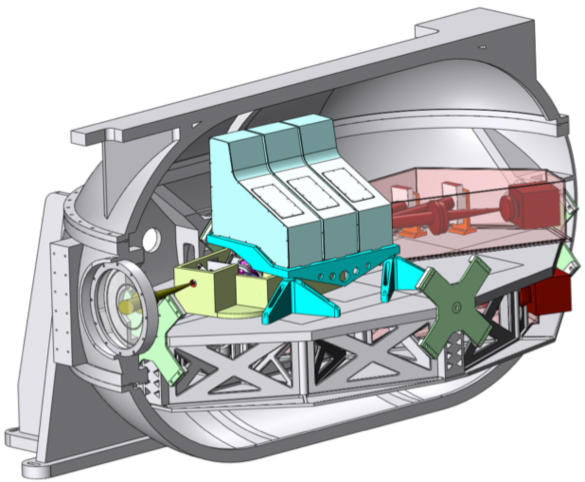 Two GMT instruments that will look for signs of life on exoplanets are G-CLEF and GMTNIRS.

The GMT-Consortium Large Earth Finder, or G-CLEF, is a visible-light, high-resolution spectrograph. G-CLEF will be the first science instrument delivered to the GMT and will be used to search for spectral lines of molecular oxygen (O2) in exoplanet atmospheres. Its key advantage is its high spectral resolution at visible wavelengths and its capability to operate under a wide range of conditions at the observatory site. The use of Adaptive Optics will enhance G-CLEF’s power by stabilizing the stellar images. The development of the G-CLEF instrument is being led by the Smithsonian Astrophysical Observatory.

The GMT Near-IR spectrograph, or GMTNIRS, is a high-resolution infrared spectrograph that provides simultaneous coverage over much of the near-infrared portion of the spectrum. GMTNIRS will exploit the GMT’s adaptive optics capabilities to explore the formation of exoplanets and their birth sites. GMTNIRS will be sensitive to several molecular species in exoplanets, including methane (CH4), water vapor (H2O), carbon dioxide (CO2), and carbon monoxide (CO) as well as other more exotic molecules. The presence of both oxygen and methane in planetary atmospheres is believed to be a strong indicator of biochemistry. GMTNIRS uses state of the art silicon lithography to produce a uniquely powerful instrument. The development of GMTNIRS is being led by The University of Texas at Austin. 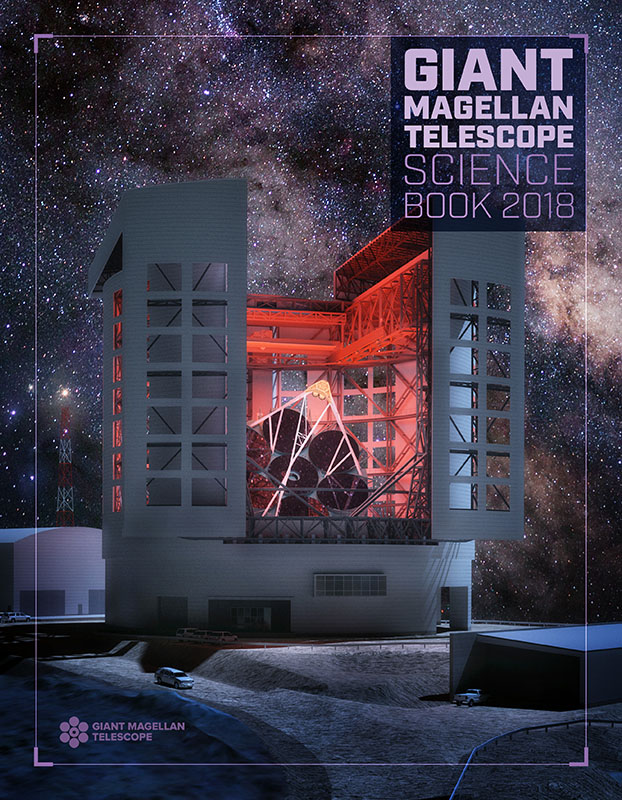 If you would like to read more about GMT’s capabilities for characterizing exoplanets and the search for life, click here (PDF).